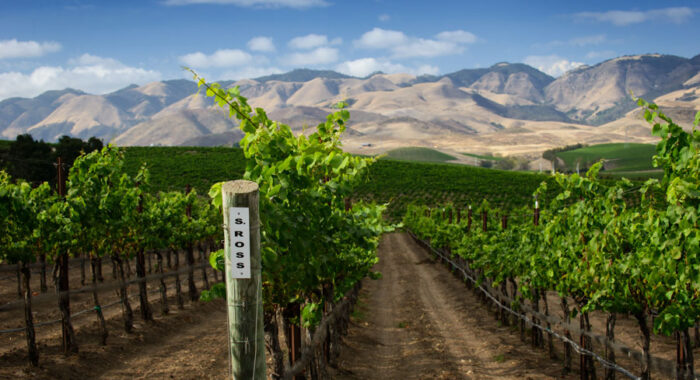 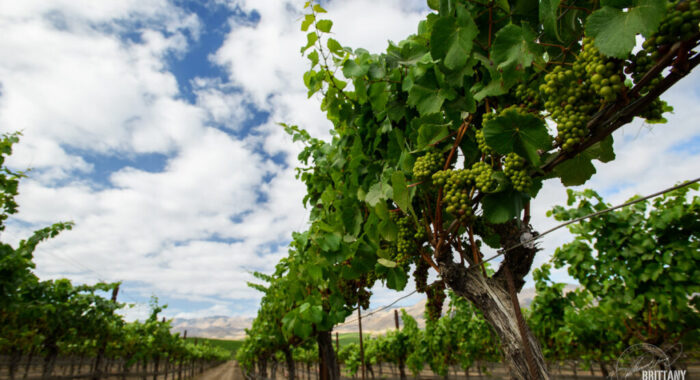 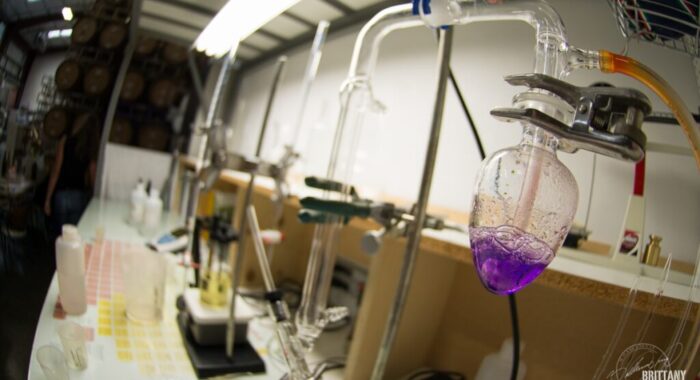 It all began in Minnesota, Steve’s curiosity in wine as a young teenager led him make rhubarb and apple wines in the family basement. Curiosity evolved into a passion for winemaking, which led to a degree in Enology from The University of California, Davis;  then 10 years of winemaking (all vinifera from here on out, thankfully) in the Napa Valley, two southern hemisphere harvests, and seven years in the Edna Valley before he launched his own brand, Stephen Ross in 1994. Paula joined the team soon after as they got married in 1995.

Stephen Ross Dooley started his label Stephen Ross at a custom crush winery in Santa Maria. By the next year he moved to Talley Vineyards to make his wines and in 1998 moved to Courtside Cellars in the Edna Valley – a large custom crush winery that Dooley designed and helped establish. In 2001 he developed an estate vineyard planted exclusively to Pinot Noir in partnership with two other wineries called Stone Corral Vineyard; it is located in the Edna Valley, a designated American Viticultural Area (AVA). Home to several well-known vineyards, the Edna Valley exemplifies the characteristic microclimate and geologic features, which are the hallmark of the south central coast; an east-west valley, which mitigates its temperate climate with cooling, ocean-borne breezes. This provides a long growing season ideal for the development of Pinot Noir, Chardonnay and Petite Sirah grapes.

In 2005 Steve invested in new winemaking equipment and moved to Santa Maria where he leased a winery building to make his wine directly under his control. In 2008 Stephen Ross moved to a new building at 178 Suburban Road , San Luis Obispo for wine production as well as a tasting room. Flying Cloud came along after identifying a need in the market for excellent value wines and varieties other than the main line of business. Flying Cloud over-delivers on quality, at great prices. The name pays homage to Steve’s Minnesota upbringing, and is the name of a little airport in the town of Eden Prairie, MN.

Stephen Ross was founded on the principles of working with quality vineyards and hand-crafting the best wines possible from the grapes they yield. The winery started small, grew as financial resources allowed, and they stuck to their principles in winemaking and business – great, small production wines, solid business practices, and a nice, engaging place to work for the crew. “Today, Paula and I consider ourselves one of the luckiest married work teams ever. We get to work together every day, with our passionate and dedicated crew, to produce unique and interesting high-quality wines.”