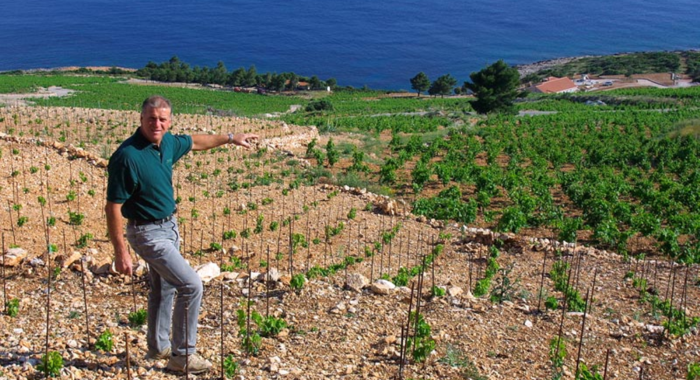 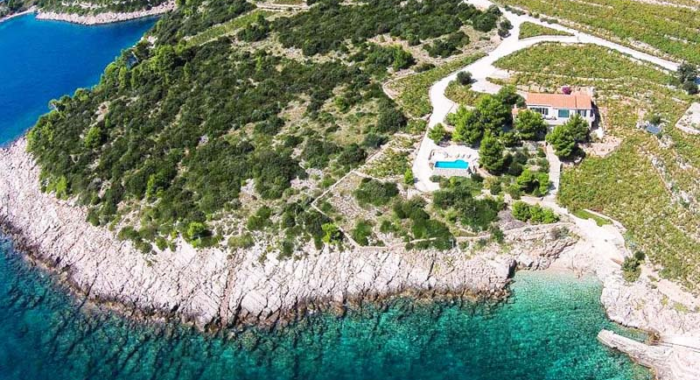 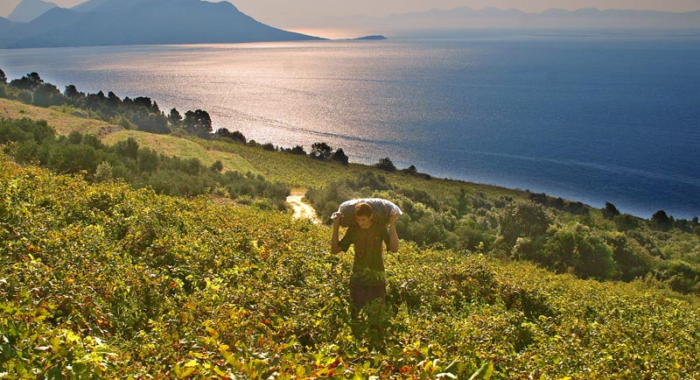 The Skaramuča family has been cultivating grapes in this region for several generations. They currently own 20 hectares of vineyard on Pelješac Peninsula, with a majority of these located in the Dingač region, which was recognized and protected by Geneva Convention back in 1961. Rocky soil, steep slopes (up to 70%) and many hours of sun make this area perfect for growing the Plavac Mali grape. This area is also the fifth-highest  worldwide in terms of year-round temperature. When Ivo Skaramuča first took over his family vineyards, they had only few hectares of vineyards planted within the Dingač region. The only route to the local village from the vineyards was travel over the hill using donkeys, which took about 2 hours. A tunnel through the mountain was built in 1973, which made this area much more accessible.

Over the next 15 years, Ivo purchased additional land which had some vines planted, but was mostly overgrown by shrubs and pine trees. Cleaning up these vineyards was a difficult task on the 45- degree slopes, and everything had to be cut by hand. The results were worth it, though; today they have the largest vineyard on Pelješac Peninsula and within the Dingač position.

Since Ivo’s passing several years back, his son Igor Skaramuča and daughter Ivana Anđelić continued the story of this Pelješac winery with immense respect for dedicated work and creation. Today the winery is managed by a team made up of Igor Skaramuča, Ivana and Branimir Anđelić. Together, they maintain vineyards, invest in new technologies, create new specialty wine collections and market themselves, contributing to the modern development of the winery.